The number of elderly people suffering from dementia is on the rise.

According to the Ministry of Health, Labour and Welfare, approximately 7 million (20%) elderly people will become "dementia" patients by 2025. 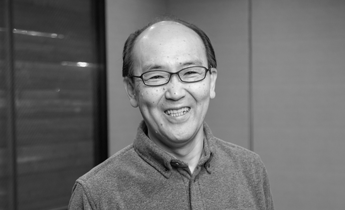 "Dementia" is said to cause people to get lost in the streets of their neighborhoods, forget things, and may not be able to remember even the names of their cute grandchildren.
It becomes difficult to act autonomously, the burden of caring for family members, local authorities and transportation i

The most common cause of dementia is "deafness"!

Did you know that there are organizations that are researching "dementia" in an effort to solve this concern?
The Lancet Committee is the publisher of the world's five largest medical journals, The Lancet.

In 2017, the Lancet Committee announced that the biggest preventable factor that causes "dementia" is hearing loss (deafness).
Being deaf or hard of hearing makes it harder to talk and less likely to engage in conversation with family and friends, increasing the risk of developing dementia.

It is important to take care of your ears to extend your healthy life span.

I am now an active engineer (Yamaoka) who is 60 years old. As with any disease, it's too late to start taking care of your ears.

My parents had a hearing loss, which made it difficult for them to hear and to talk to the people around them.
When I recommend that they get a hearing aid or go to the hospital, they often don't take me up on it, saying it's too much trouble and that hearing aids are too expensive.
Even so, I believe it is important to stay close to them as a family and work together to find a solution.

I don't want more families to grieve.
I hope this article will reach as many people as possible and help them become aware of the risks of hearing loss.

The Lancet Commission, "Dementia prevention, intervention, and care,"
Ministry of Health, Labour and Welfare, "Future Estimates of People with Dementia,"

"I'm in charge of developing the app for "αble-EQ"
In November 2018, after 35 years of development experience with major manufacturers such as the Sony Group Move to freecle Inc.
We are promoting the development of the "αble" series of apps while imagining the smiles of people who are not good at IT. measure